Traditions and Culture – Festivals in Japan 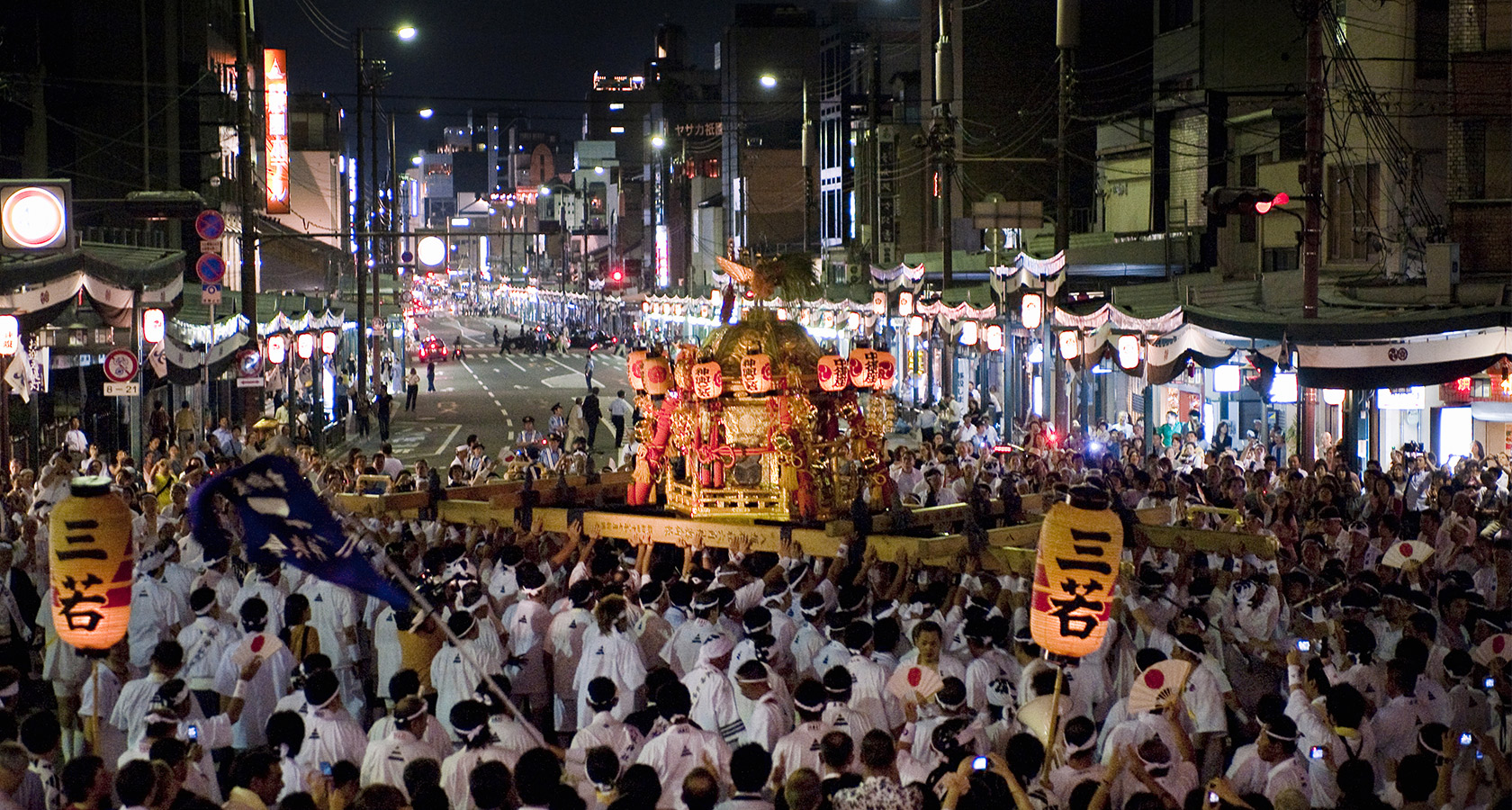 Matsuri (or festivals) are an integral part of Japanese culture. Every year there are tens of thousands of festivals held all around the country. They range in scale from drawing dozens in a local community to week long celebrations that draw in millions. Almost every festival has a unique history, and they can serve as varied a purpose as helping one pass an exam, ensuring prosperity or even fertility, bringing good luck and success to individuals or entire communities, or they can simply be a show of bravery or strength.

Shrines, temples and local communities celebrate their own festivals at different times of the year, so no matter when you visit Japan, you are sure to have at least one Matsuri that you can visit. There are however peak times when lots of festivals are held simultaneously right across the country.

The last day of winter is known as Setsubun (meaning seasonal division), which many communities celebrate by having Oni (or Ogres) scare the locals (especially children). To scare away the demons and the evil spirits that bring misfortune and bad health with them, people throw dried beans at the scary creatures, while shouting “oni wa soto! Fuku wa uchi!” or “Go away demon! Come here luck!” To entice luck, it is customary to eat roasted soybeans, one for each year of one’s life. Setsuban is celebrated throughout Japan, and you can join in by visiting a shrine or temple on the day (early Feb each year).

Cherry blossoms bless Japan for a short few weeks between mid-March and mid-April, depending on where you are in the country. Sakura season is always a cause for celebration, and festivals pop up wherever these blossoms bloom. An hanami party usually involves sitting (in a park) beneath the sakura eating bento (packed takeout meal for one) or dango (sweet dumpling) while enjoying sake with friends or family.

Hanami at night is called yozakura, “night sakura”. In many places such as Osaka, paper lan
terns are hung for yozakura. On the island of Okinawa, decorative electric lanterns illuminate the streets and parks, with trees ascending Mt. Yae or at the Nakijin Castle being a prominent example. 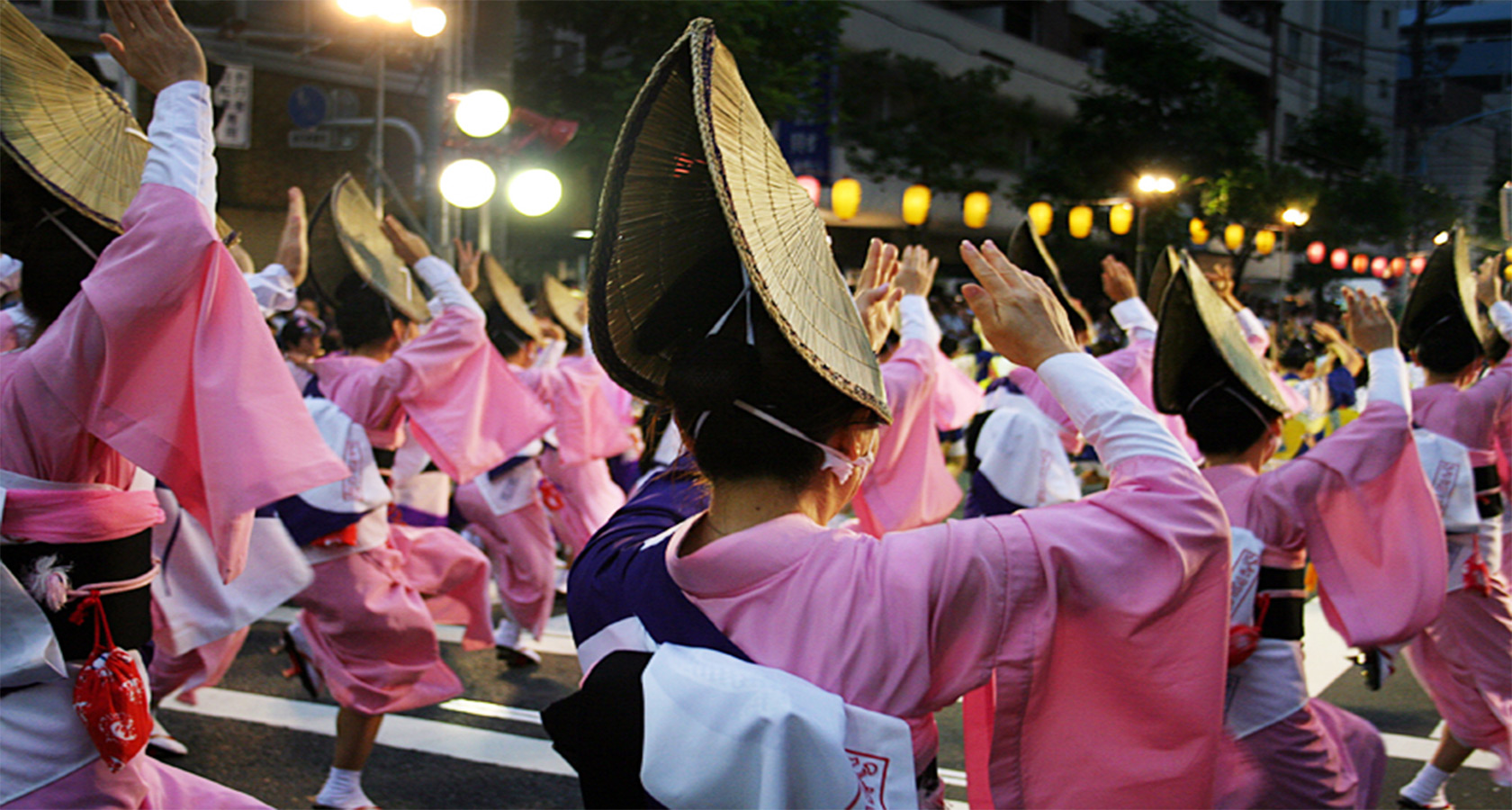 Awa Odori is the biggest dance festival in Japan, and crowds from around the country flock to Tokushima between the 12th and 15th of August. Groups of dancers and musicians, known as ren, dance through the streets to the sounds of the shamisen lute, taiko drums, shinobue flute and the kane bell. Performers wear traditional obon dance costumes, and chant and sing as they parade through the streets.

People of all ages get in on the action and dance in the streets along with the performers. You don’t have to kno,w any traditional Japanese dance moves to enjoy the festival, just let yourself go!

The most festive time of year is without a doubt the New Year. Almost every shrine and temple, regardless of size, will hold a celebration. In such times, shrines would commonly be more lively, with food stalls and bustling crowds. At some temples, on the other hand, you may be invited inside to hear the priests recite a mantra that cleanses you of your sin and desires, giving you a fresh start for the year.

There are countless other festivals, such as the paper-lantern strewn boats in the Tenno Matsuri, the giant wooden phallus of Tagata Shrine, as well as festivals that include fighting, swimming, horse-riding and anything else you can think of. As most festivals have a long history, some of their practices can seem a little archaic and animal welfare may not be such a high priority, be sure to do a little research on the festival you intend to visit to avoid anything you may find disturbing or distasteful. Chances are though, no matter what festival you can get yourself to, you will have a fantastic time!